Which Brand Has the Most Influence in College Sports? In the 1980s, Nike and Michael Jordan teamed up to change the game of brand association with sports. Ever since then, Nike has been the most popular brand in basketball, from the NBA to college sports and in recruiting. For a long time, Adidas was a clear-cut second, known for their shoes and gear as well as their endorsements, affiliations and annual championship in Las Vegas. Under Armour has come through as a dark horse in the last half decade, sweeping schools and young athletes away with their events and high-quality gear. So where do these 3 brands stand now with their influence on college sports?

Nike Is Still Number One 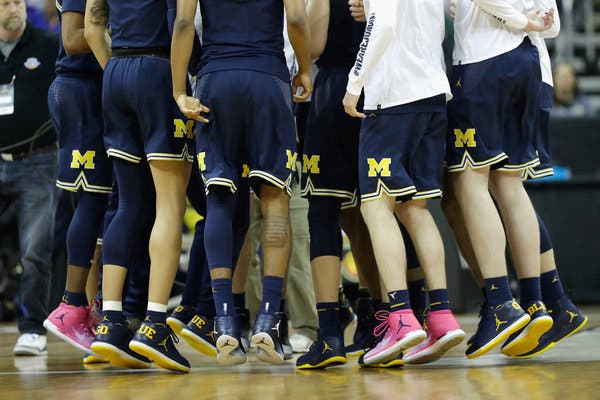 There’s no doubt that Nike is still number one with no real rival in youth and college basketball. Their continual work and innovation keep them in the top spot. Nike still sponsors more college basketball teams than the other brands, but Under Armour is becoming a legitimate competitor with their year-on-year growth. In recent interviews, coaches at Nike sponsored schools acknowledged how much Under Armour had achieved in a relatively short period.

Loyalty, Effort, and Quality Lead the Way for Under Armour

The features that distinguished Under Armour’s success were the brand’s fervent loyalty to its affiliates, their investment in their teams and the high-quality of their products. CBS Sports reported that Under Armour-sponsored schools continually cite their UA sponsorship as a source of inspiration. Their Atlanta event in July was well-organized and full of talent. Under Armour is continuously innovating and designing new and better activewear and sports gear, which college athletes love. Not to mention, Under Armour’s sponsorship deal with Steph Curry has boosted the brand’s popularity.

So where does this leave traditional runner-up, Adidas?

Under Armour and Adidas Vie for Second Place

In recent interviews with college basketball coaches across the country, 76% were of the opinion that Under Armour was now the number two brand in college sports, whereas 24% said that Adidas held the place . With Adidas holding the second position for the last 30 years, this represents a massive shift and advancement for Under Armour.

Adidas still sponsors more schools than Under Armour, however Under Armour is working hard to catch up. As one of the coaches interviewed said, “[Under Armour] care more and are trying so much harder than Adidas.” Another coach acknowledged that Under Armour’s fight could leave Adidas way behind, saying “[Under Armour] have stolen most of Adidas’ schools and Adidas isn’t putting up a fight.”

What This Means for College Sports

Many coaches who responded to the interview mentioned that we are now on the precipice of seeing college sponsorship and brand wars get interesting, with fiercer competition, and a further elevation of Under Armour’s success. The rapid progress that Under Armour has already made could undoubtedly signal a surge in competition for all three brands over the coming years. It may be the in answer to Which Brand Has the Most Influence in College Sports