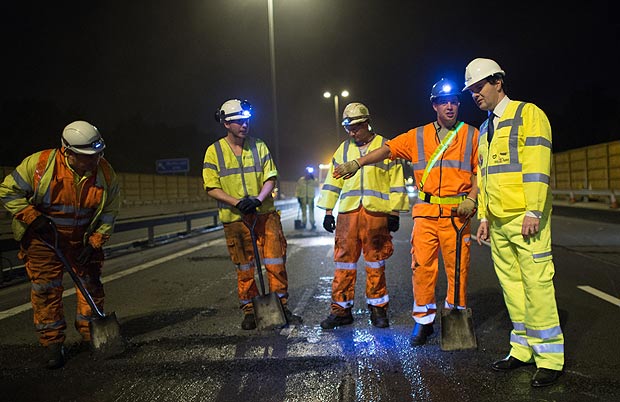 We’ve all seen them. Those bright orange and yellow vests being sported by the ladies and gents working on the side of the road. And none of us has ever said, “wow, how stylish! I need to get online right now and order one of those!”  So why are is the guy holding up the stop sign doing it?  Because reflective clothing, also known as high-visibility reflective construction clothing, is federally regulated, highly advocated within industries, and most importantly – saves lives.

We can break down the parties involved in mandating and practicing the use of PPE into 3 groups: Nonprofit, federal, and private.

Nonprofit: The American National Standards Institute (ANSI) is a private non-profit organization that oversees the development of voluntary consensus standards for products, services, processes, systems, and personnel in the United States. It differs from OSHA in the sense that it is a consensus standard.

Federal: The Occupational Safety and Health Administration (OSHA) is an agency of the United States Department of Labor, and therefore sets and mandates federal rules and regulations regarding PPE. Although OSHA has spelled out its PPE regulations, it has been known to fine personnel that it says should wear reflective gear (as opposed to being legally required). When word of this got around some companies made the decision to error on the side of caution and use ‘high-vis’ getup when in doubt. Better safe than sorry. Then, in 2009, OSHA further expanded the regulations to require reflective gear for all persons exposed to traffic. Currently, this is the list of persons required to use PPE:

OSHA fines can really put a dent in your in profit/loss statements. They can be charged on a per worker basis, and have been known to run up into the thousands for a single sting. They start around $1,000 per worker, but if there is a resulting injury, it can be more like $50,000.

Private: As evidence of PPE’s utility, take the case of non-required industries that have voluntarily adapted the use of personal protective gear, such as warehouses, factories, and processing plants. As private companies with a bottom line, we can assume that they would not have adapted these practices voluntarily if there was no benefit.

When weighing the costs of PPE with its benefits, consider some of the statistics provided by the Bureau of Labor:

Reflective construction clothing may increase your initial investment, but think of it as insurance. OSHA fines are expensive, unclear, constantly increasing, and known to change without full transparency or warning. And most importantly, reflective gear saves lives.